If you play Free Fire in the Indian Server and don’t know who is Total Gaming Aka Ajjubhai94, I must say you’re quite far from the internet or particularly from YouTube. If you really don’t know him, let me give a short introduction.

Total Gaming Aka Ajjubhai is a gaming YouTube content creator who is known for his humorous talking style and unique voice. He creates fun in his videos, live streams, etc. Before talking about his new records and achievements, if you’re still in confusion regarding who is Total Gaming, go through the paragraph below.

Who Is Total Gaming (Ajjubhai)?

Total Gaming aka Ajjubhai’s real name is Ajay, a gaming content creator on YouTube. He has gained so much popularity in the past 3 years since he has created his channel and Garena Free Fire is the game that has helped him a lot to grab this popularity.

The Indian Free Fire YouTube community is so big and its audience base is much bigger. This is the reason why he got more in less time. But we can’t deny the fact that his humorous talking style and unique voice have been the backbone of his success. The most shocking truth about him is that he hasn’t revealed his face yet. “ajjubhai94” is his in-game nickname in Free Fire.

Ajjubhai is able to own a total of 6 YouTube channels among which “Total Gaming” is the biggest one that has over 30 Million subscribers. He crossed this subscribers milestone on 4 December 2021.

“Ajjubhai Gaming” is the second most subscribed YouTube channel where he mostly does the live streams. You can imagine his such a stunning influence in the gaming community by seeing these stats of the channels and the consistency in the views that these channels get daily.

Getting 30 Million subscribers on YouTube in just 3 years without showing face itself is an astonishing achievement. But wait, there are some more achievements and records we shall discuss that will make you feel proud if you’re a true Total Gaming (Ajjubhai) Fan.

Total Gaming is the most subscribed gaming YouTube channel not only in India but also in the whole Asia continent. This is the biggest record and a proud moment for the true fans of Ajjubhai.

The Free Fire community is worldwide. The game is popular in many countries and in some countries more than India like Brazil. There are so many Free Fire content creators on YouTube in other countries too but being the No. 1 among all of them is a proud moment for all the Free Fire lovers and India.

4. Most Viewed Gaming Channel in India

Total Gaming has a total of 5.2 Billion+ views on the channel videos. This is not a joke at all. With this data, Total Gaming becomes the most viewed gaming YouTube channel in India and maybe in the whole Asia continent too.

5. The most liked gaming video in India belongs to Total Gaming

More than a year ago, Total Gaming had uploaded a video titled “Ajjubhai94 vs Amitbhai (Desi Gamer) Best Clash Battle Who will Win” which has gained over 34 Million views and 2.4 Million+ likes. With this data, this video becomes the most liked gaming video in India as of December 2021. People liked the chemistry of Ajjubhai and Amitbhai the most.

How He Thanked Everyone

After the completion of 30 Million subscribers, he thanked all his supporters and fans with a tweet on Twitter and via other social media platforms too. Let’s see what he said:

What Makes Ajjubhai Different From Others

The thing that makes Total Gaming (Ajjubhai) different than others is Consistency along with hard work, passion, and dedication. If you regularly follow Ajjubhai, you can see these words true for Ajjubhai. Personally, I feel consistency is the key to his success in his case. Sometimes I feel like he is a machine. He never forgets to deliver good content.

I hope guys I didn’t bore you and provided you with something motivational and Inspirational. Thanks for reading..! 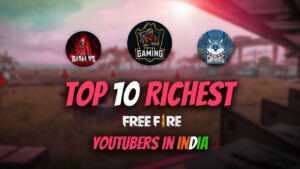