If you’re already an esports player or want to become one, you should have extraordinary skills too. You should always walk with strong plans and strategies which will take you long. For that, you must have a strong team.

For an esports player, kills should be the ultimate priority rather than playing to make one-tap headshots and do show off.

A Free Fire Esports team consists of at least 4 players. Depending on their individual skills, they should choose the perfect characters and as a team, one’s skill must be a supplement for others. It means, as a team you should have the best combination of character skills. Let’s know what is the best character skill combination for esports players.

What do Experts Say?

A team should consist of two short-range players (Rushers), one long-range (may be Supporter, IGL), and one sniper player. It doesn’t mean that they can’t do other roles. But it means your team must consist of players who are perfect and well-practiced for such roles. One of them should also have great Grenade or Grenade Launcher skills.

These roles make a Free Fire esports team capable of handling any situation. So, we’ll be talking about the best character skill combination for esports players on the basis of these roles.

A rusher has to play aggressively and take fights in short range. This role is the team’s most scoring role as rushers grab more kills. It doesn’t mean that other players are weak or they do not play nicely. It’s teamwork. Other players help rushers to do so.

Let’s see what are those character skills that you should use if you’re a rusher and take fights in short range.

Wukong and Chrono both characters are famous for handling intense fights. When Wukong’s skill (Camouflage) is activated, it becomes bush as a result enemy loses his default aim and misses his shots. It helps during intense fights like clutch situations. If you have a short gun like M1887, MAG7, M1014, etc. during such situations, you can even eliminate a whole squad using Wukong’s skill.

You can also use Chrono instead of using Wukong. From my point of view, Chrono is more powerful than Wukong but in ultra-close range, Wukong is better.

Kelly’s skill ‘Dash’ is one of the most used character skills in Free Fire. It’s a passive skill that provides extra sprinting speed. You can increase your movement speed with this. I’ll say, you should use this skill for any role that you play. When you go to take a fight, you must move fast to make your enemy confused.

Joseph also has a similar skill but in this case, your movement will drastically increase when you get damages from the enemy. You can go with anyone. It depends on your playing strategy. You can use even both the skills together.

In a very close-range fight, it is very necessary to give high damages to take down the enemy quickly. Hayato’s character skill will help you to do so. When the enemy gives damages to you, you can penetrate the enemy’s armor more easily. And ultimately, you can get the kill.

You must use this skill if you’re a rusher.

With Maxim’s skill ‘Gluttony’, you’ll be able to heal yourself very quickly. It highly increases the speed of using MedKits, Mushrooms, etc. At close-range fights, you need to heal yourself within a few seconds. So this skill will help you to do so.

If you don’t want to use Maxim, use Moco instead. Moco is one of the most important character skills in Free Fire. When you give damage to an enemy, Moco’s skill will mark the enemy showing an arrow over the head. It will help you to point the enemies even behind the gloo walls.

Here, we’ll discuss 3 roles (Long Range, Supporter, IGL) that can be carried on by a single player. If you’re good at fighting from long-range using Assualt Rifles (AR Guns), then you should perform the role of supporter too. A supporter gives backup to other players and helps them during the battle.

An IGL (In-Game Leader) is the person who is leading the whole team about what to do and what not to do. So, if you’re IGL of the team, you should carry on the role of supporter.

Let’s see the best character skill combination for esports players who stand on any of these roles.

Chrono is one of the best characters in the game. It creates a shield that protects you from damages but you can give damages to the enemy. It is best for mid and long-range fights.

You can also use DJ Alok instead. DJ Alok’s skill helps you to recover your HP and also provides extra movement speed. So, for the active skill, you can go with anyone. My recommendation is Chrono.

As I said earlier, you should use Kelly’s character skill doesn’t matter what role you are best in. It provides extra sprinting (movement speed) all the time as it is a passive skill.

Paloma’s character skill known as Arms- Dealing is very important for an assaulter. It helps you to carry extra AR-Ammo that doesn’t use your backpack space. It means you can carry more than 150 Ammo without using inventory space.

It is best if you’re playing the role of a supporter or IGL for the team. A supporter can help other teammates by providing ammo and other equipment at the time of necessity. You can collect sufficient gloo walls and grenades to give to your teammates too.

With Moco’s character skill, when you give damage to the enemy, an arrow over his head will show his location which will help you to point out the enemy behind any obstacle. This is best at the time when the enemy is behind a gloo wall.

It is best if you have a sniper in your team. Sniper weapons are the most damage-giving weapons that can even knock down a player with a single bullet. So, the sniper’s role is important. A sniper who is perfect in M82B can give you high benefits.

Similarly, a grenade/ grenade launcher/ Hand Canon expert is good to have in the team. Such a player is known as the Explosive weapon expert.

Let’s talk about the best character skill combination for esports players for these roles.

We’ve already discussed its ability in the above cases. So, let’s go ahead.

As we discussed earlier, Kelly provides greater movement speed all the time. It’ll help you to carry the heavy snipers with high movement.

For the sniper players who love using M82B, Moco’s skill is for them. M82B can easily give damage to the enemies who are behind gloo walls. When you play using Moco’s skill, the enemy who is behind the gloo wall whom you have given damages, you can easily locate his accurate position and use M82B to knock down the enemy.

i) Laura/Dasha (For Sniper Players)

Laura’s skill ‘Sharp Shooter’ gives you more precise shots. If you have a problem in aiming the enemy accurately with snipers, use this character’s skill. But, if your aim precision is already high while using sniper, I’d recommend you to go for Dasha’s character skill.

Dasha’s skill will help you to quickly reload the sniper bullets. If you play with snipers, you’d know the importance of quick reloads in snipers.

Alvaro’s character skill increases the damage caused by explosives like grenades, grenade launchers, hand cannons, etc. Also, it increases the range of damage due to such explosive weapons.

The pets have also got some cool skills that help an individual as well as the entire team. The perfect pets skill combination is necessary for the esports teams in Free Fire.

The following pets’ skills should be there in a team:

Falcon is a must-use pet’s skill in Free Fire for a team. Falcon increases the speed of landing on the ground after ejecting from the airplane in the game. It helps the whole team to land quickly if anyone in the team has equipped its skill.

Beaston helps to throw the explosives and gloo walls to longer distances. So, if you’re an explosive master, you must have this pet’s skill equipped. Alvaro+Beaston combination will help you very much.

Mr. Wraggor generates gloo walls in certain time intervals. If you’ve equipped this pet’s skill, you’ll not have to worry about gloo walls. At least one player should have this pet so that the gloo walls generated can be distributed to other teammates too at the time of necessity.

The fourth pet is up to you. You can equip anyone that you think may be useful for the match.

I hope, you liked reading this article about the best character skill combination for esports players in Free Fire. 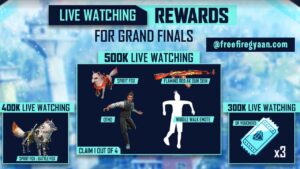