Playing any game as a novice is difficult because there will already be many pros in any given title. To compete with them, you must have at least an intermediate level of skill in that game. If you’re unfamiliar with Garena’s popular battle royale title, this article will help you get acquainted with it.

This particular article will walk you through the basic introduction of Garena Free Fire as well as a step-by-step guide on how to play the shooter on mobile devices.

What is Garena Free Fire?

Garena Free Fire is a shooting video game designed for mobile devices. The foremost objective within the title is to survive till the end and grab the victory, which is referred to as “Booyah!” in-game.

You will confront many other real players like you on a battlefield. All you have to do is eliminate those players and be the last one to survive.

The BR title is available for both platforms, i.e., Android and iOS. That said, if you want to enjoy the same game on a PC, you will have to use an emulator like Bluestacks.

I’m pretty sure that you would have got an idea about Free Fire. Now, let us dive deep into the step-by-step process that how can you play Free Fire without being confused.

A comprehensive guide to playing Free Fire as a beginner

When you open the game, you’ll see many things on the screen and you may get consumed at the very beginning stage. That is obvious for a new player, but don’t worry you’ll know all those options gradually.

I’d recommend you not try to learn about all of the options in a single day. Give some time to the game — you’ll automatically know all those.

As a new player, give your attention only to the basics. The following guide also emphasizes the same.

Steps to start a match in Free Fire

Step 1: There are multiple modes in Free Fire. As a newbie, you may not be able to play the ranked matches. Choose a supported play mode and hit the start button.

Step 2: After hitting the start button, your matchmaking will start, which may take a few seconds or one minute to complete. Then, you will be in an airplane and you will have to drop from there by tapping the eject button.

As a new player, it doesn’t really matter where you land.

Step 3: Once you land on the battlefield, collect some equipment to defend against your enemies. Must-pick equipment includes MedKits (help you to heal), guns (help you to take fights), gloo walls (creates a temporary cover), and more.

This was an overview of how you can join a match and start playing. Now, look at the following section to learn about some must-know options on the screen while playing Free Fire.

The movement button allows you to move your character in all possible directions in order to explore the island and fight for survival.

The gun section allows you to choose a gun to use at a moment. Choosing the right gun in front of an enemy is crucial to winning combat.

It may take you some time to understand the guns and their abilities if you’ve not played survival and battle royale games yet.

You can see the fire button on the right side of your screen. However, you can also enable a left fire button from the settings. This fire button allows you to shoot at enemies and eventually eliminate them.

Running and jumping both are the key movement in the game. Without these two actions, one cannot defeat the enemy if the enemy is quite experienced.

You must have good control over these two buttons, and you must practice these actions in the game to become a good player. It helps you to quicken your movements and ultimately helps to defeat the enemy.

You can see a bar at the bottom that shows how much health power you have at the moment. Every player is given an HP of 200 at the start of the game. You will be in the game until you have at least 1 HP. If you lose your all HP, you’ll lose the game.

Whereas, if you survive until the end of the game without losing all HP, you’ll win the match.

The HP decreases due to the following things:

Note: HP is the only thing that keeps you in the game. So pay special attention to your HP while surviving and if you have low HP, use MedKits to recover some.

The following actions can be done within the game to reduce the decreasing rate of the HP:

This option allows you to heal yourself when you’re damaged either by the enemy or due to other causes.

The healing substance you will find on the Free Fire battlegrounds is called MedKit. You should always try to have maximum MedKits with you so that you can recover your HP quickly while in combat. You can find MedKits anywhere on the battlefield randomly.

This is the space where you collect all your weapons and equipment. It is very necessary to keep your inventory space managed. Keep only the equipment that you need, drag out the rest.

Revive button is simply the function by which you can revive (give life to) your teammates when they are taken down by enemies.

This is the thing that can make you a pro player in Garena Free Fire. It is a temporary wall that protects you from the enemy. It can resist damage up to a higher extent.

If you become able to use this gloo wall efficiently, you are gonna be a legendary player. I called it a temporary wall because it gets vanished after a few minutes.

Hope you have got a clear idea about how to start playing Free Fire. Now you should learn about some Free Fire tips and tricks. 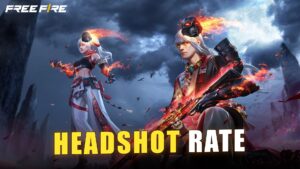 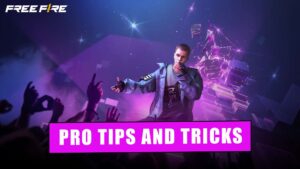 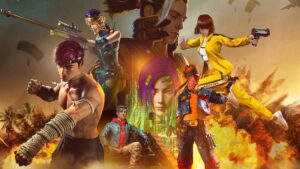 5 tips to rank push in Free Fire after OB33 update