FFPL 4 Redeem code: Garena’s tier 2 official tournament in Pakistan called the Free Fire Pakistan League is highly recognized in the country. The format’s season IV is very close to an end with the grand finals being on October 16. The FFPL 4 is the path to Free Fire World Series Bangkok which is to be held this November.

For obvious reasons, Garena is widely promoting the FFPL 4 grand final. As always, it is using the Free Fire redeem code system to do so. The developers have set some exciting rewards that users will get upon completion of specific milestones.

Surprisingly, although the tournament is Pakistan’s country final, they are claiming to provide the FF redeem code valid for all servers. Hence, anyone can redeem the code and get rewards.

The following sections will provide you with the working FFPL 4 redeem code. So, stick to the article till the end.

As per Garena’s official post on the Pakistan handle, Free Fire users of all servers will receive the following items upon redeeming the FFPL IV redeem code:

Note: Users should note that the Free Fire Pakistan League IV (FFPL IV) redeem code for the 10K viewership milestone is only limited to the first 50K redemptions. This means those who redeem the code before the code is used 50K times, will get the prize. Otherwise, it will show them errors.

Individuals of all countries have to do is simply go to the Free Fire Esports Pakistan YouTube channel on October 16 at 6 PM PKT (UTC+05:00) and watch the live stream of the FF Pakistan League 4. Once the live-watching milestones reach, the FFPL 4 redeem code will be released.

However, if you don’t get it at the right time or don’t have the time to do so, you can simply visit this page at around 9-10 PM and you will have the redeem code in your hand.

Redeem Code: N/A (The rewards were distributed within the game)

Follow the steps below to redeem the copied redeem code on the official Free Fire redemption site:

Step 3: Sign in there using any of the options given with which your FF or FF MAX account is associated.

Step 4: Paste the Redeem Code in the input box and then hit the confirm button.

If a congratulations message comes this means you have successfully redeemed the FFPL 4 redeem code. The rewards will be sent to your in-game vault within 24 hours of redemption. 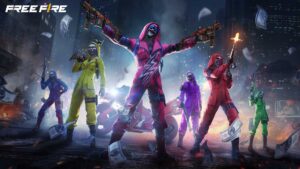 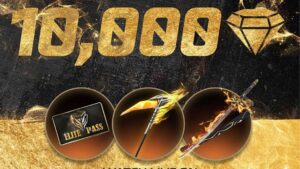