Garena’s Free Fire is one of the most-played battle royale titles worldwide. In fact, it is one of the few games on the Google Play Store that has garnered over a billion installs. I think no more fact is required to show how popular the game is, right?

You, as an avid gamer, should take advantage of the game and its popularity in the Free Fire community. You have a great opportunity to convert your interest in Free Fire into a money-making source. Yes, you heard it correctly. You can actually make thousands of dollars just by playing Free Fire.

The following section of this article will walk you through the process.

There are many ways that you can go through to make money from Free Fire. Amongst them, the top five are listed below:

Esports is one of the fastest-growing industries right now, including Free Fire esports. Garena regularly organizes official tournaments, giving opportunities to all gamers.

Basically, Free Fire conducts tournament matches in which players can participate and compete with others to win a title. In addition to fame, players also get rewarded with huge prize money, which may range from a few hundred to thousands of dollars.

That said, entering high-tier tournaments isn’t that easy. You should have excellent FF gaming skills and a coordinative squad to grow professionally. If you have both of these, you can proceed to become a Free Fire esports player.

In addition to Garena’s official tournaments, you can also join local tournaments organized by third-party organizations and platforms.

YouTube doesn’t need any introduction. Undoubtedly, the platform boasts a massive user base. Notably, the Free Fire community on the said platform is impressive.

Thousands of content creators on the red platform are producing FF-relevant content there on a daily basis, and you can too. All you have to do is be consistent, keep working hard, and spend a notable amount of time. If you become able to do so, you can even create a lifetime income source on the platform.

The revenue potential on YouTube in gaming, specifically for those who focus Free Fire-relevant content, is explained below taking two examples:

According to Social Blade’s stats for the Total Gaming YouTube channel, the channel’s estimated monthly earnings ranges from $12.8K to $204.7K. The creator is more attached to Free Fire, however, he also plays other titles such as GTA, Minecraft, etc.

According to Social Blade’s report of WhitePro Gaming YouTube channel income, the owner earns in the range of $423 to $6.8K in a month. The channel has only 127K subscribers.

I hope you have got a clear view of the earning potential of Free Fire YouTube channels. Here are some tips that you can follow to grow quicky on YouTube:

Tips to get success on Free Fire YouTube channel

3) Organize your own FF esports tournaments

Have you ever thought that even you can organize your own tournament? If not, this is it. Yes, you can earn money by organizing your own Free Fire tournaments.

If you have played the game for a considerable amount of time, I’m pretty sure you know the mechanism of this game. Considering that you know the gaming mechanism of Free Fire, you can go through the following guide:

Before going to the steps to organize a tournament, let us understand the earning model of such tournaments. The picture below can make you clear about it.

I hope you’d have understood the concept of local tournaments that you can also organize in your local area. You can also see how impressive tournament structure this is.

Now, let us learn the steps to organize such tournaments professionally.

Step 1: Create a Google Form to collect the information required from each player to organize the tournament. For example, Player UID, nickname, email, etc.

Step 2: Share the link of this form with those who want to take participate in the tournament. Or, you can simply make a tournament thumbnail and share it on social media groups along with the form link.

Step 4: Send a bulk email to all the players with Custom Room ID and Password so that they enter in the match.

Step 5: You must have fixed a particular match time. Now you make players to join the match and you’ll have to spectate the match.

Step 6: Finally, capture screenshots or record the screen of results of match so that you can see the results in detail.

Step 7: Send the winning prizes to all the players via your preferred payment method.

These were the overall idea and steps to create your own Free Fire tournament.

There are multiple platforms on which you can stream your Free Fire gameplay.

Some of the most popular game streaming platforms are:

You can easily stream your Free Fire gameplay and earn money on any of the aforementioned platforms.

Nowadays, those who have a decent reach on social media platforms can easily earn money. If you have enough knowledge about the game and you like to share tips and tricks, news, and updates about Free Fire, you can create social handles about the same, notably on Instagram.

Once you have grown on the platforms, people will reach you for paid promotions and you can charge them for promoting relevant product or service according to your reach and followers on the platform.

Some FAQs about earning money from Free Fire 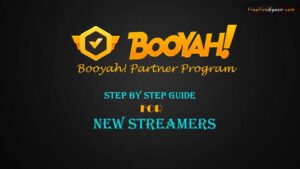