Recently Garena launched the Free Fire OB36 update, which debuted on September 21, 2022. Since its patch update, the game has had a lot of new features, events, and several changes to the existing characters. However, it is not a surprise as they keep upgrading the game’s content after almost every OB update.

This time developers have focused more on improving several average-performing Free Fire characters. In total, they’ve upgraded six character abilities, among which the four that you could use to win the battle in most of the matches are listed in this article.

These characters are overpowered and can even compete with other powerful characters such as Alok and K.

The four FF character abilities/skills are briefly explained below:

Miguel received an astonishing buff in the FF OB36 update. His job is to provide users EP for taking enemies down. Before the patch, the boost in EP was average.

However, with the release of the patch, he gained a massive enhancement. Now, the owner can receive 200 EP for each knockdown at the maximum level.

This is a good character skill to have in Free Fire because using it you can easily dodge or rush enemies in times of trouble.

D-Bee with his passive ability Bullet Beats boosts the accuracy of shots while moving and also increases the movement speed. Developers have significantly increased the accuracy and movement speed in the Free Fire OB36 updated version.

The specifications of skills after the update are:

Dimitri is a magnificent character with an active ability called Healing Heartbeat. He aids users by providing them with healing support. After the OB36 update, he now creates a 3.5m-diameter immovable healing zone which regains users’ 5 HP/s for 15 seconds.

Alok also recovers HP at a rate of 5 HP/s and increases movement speed. But the most interesting fact about Dimitri is that he allows users and allies to self-recover when downed.

In short, you can handle the entire team even if you’ve been knocked out.

We hope the developers will bring more exciting features, events, and excellent adjustments to the game in the future.

Note: If you want to know more about the character ability adjustment after Free Fire OB36 update, then you can visit Garena’s official site here. 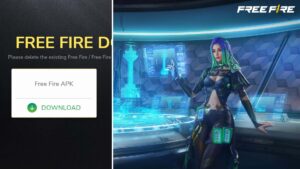 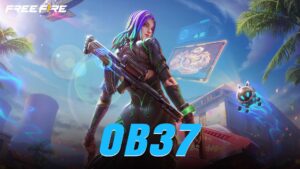